In Praise of Slowness

"There is more to life than increasing its speed" - Mahatma Gandhi

We are scientists. We don’t blog. We don’t twitter. We take our time.

Don’t get us wrong—we do say yes to the accelerated science of the early 21st century. We say yes to the constant flow of peer-review journal publications and their impact; we say yes to science blogs and media & PR necessities; we say yes to increasing specialization and diversification in all disciplines. We also say yes to research feeding back into health care and future prosperity. All of us are in this game, too.

However, we maintain that this cannot be all. Science needs time to think. Science needs time to read, and time to fail. Science does not always know what it might be at right now. Science develops unsteadi­ly, with jerky moves and un­predict­able leaps forward—at the same time, however, it creeps about on a very slow time scale, for which there must be room and to which justice must be done.

Slow science was pretty much the only science conceivable for hundreds of years; today, we argue, it deserves revival and needs protection. Society should give scientists the time they need, but more importantly, scientists must take their time.

—Bear with us, while we think. 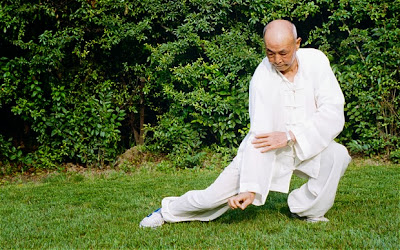 Our century, which began and has developed under the insignia of industrial civilization, first invented the machine and then took it as its life model.

We are enslaved by speed and have all succumbed to the same insidious virus: Fast Life, which disrupts our habits, pervades the privacy of our homes and forces us to eat Fast Foods.

To be worthy of the name, Homo Sapiens should rid himself of speed before it reduces him to a species in danger of extinction.

A firm defense of quiet material pleasure is the only way to oppose the universal folly of Fast Life.

May suitable doses of guaranteed sensual pleasure and slow, long-lasting enjoyment preserve us from the contagion of the multitude who mistake frenzy for efficiency.

Our defense should begin at the table with Slow Food.

Let us rediscover the flavors and savors of regional cooking and banish the degrading effects of Fast Food.

In the name of productivity, Fast Life has changed our way of being and threatens our environment and our landscapes. So Slow Food is now the only truly progressive answer.

That is what real culture is all about: developing taste rather than demeaning it. And what better way to set about this than an international exchange of experiences, knowledge, projects?

Slow Food is an idea that needs plenty of qualified supporters who can help turn this (slow) motion into an international movement, with the little snail as its symbol.

You have likely heard of the “Slow Food Movement” -- the momentum of diners, chefs, gardeners, vintners, farmers and restaurateurs who have taken a critical look at how our society has shifted to a position where for most, food is something to be consumed, rather than savoured, to be served up and eaten “fast” on the way to doing something else. “Slow Food,” by contrast, is something to be carefully prepared, with fresh ingredients, local when possible, and enjoyed leisurely over conversation around a table with friends and family.

“Slow Scholarship” is a similar response to hasty scholarship. Slow scholarship, is thoughtful, reflective, and the product of rumination – a kind of field testing against other ideas. It is carefully prepared, with fresh ideas, local when possible, and is best enjoyed leisurely, on one’s own or as part of a dialogue around a table with friends, family and colleagues. Like food, it often goes better with wine.

In the desire to publish instead of perish, many scholars at some point in their careers, send a conference paper off to a journal which may still be half-baked, may only have a spark of originality, may be a slight variation on something they or others have published, may rely on data that is still preliminary. This is hasty scholarship.

Other scholars send out their quick responses to a talk they have heard, an article they read, an email they have received, to the world via a Tweet or Blog. This is fast scholarship. Quick, off the cuff, fresh -- but not the product of much cogitation, comparison, or contextualization. The Tweetscape and Blogoshere brim over with sometimes idle, sometimes angry, sometimes scurrilous, always hasty, first impressions.

Slow Scholarship emerges from my own experience of taking 17 years from the start of a Ph.D. to the publication of the book which had its origins in the dissertation. It was when this book won the Harold Adams Innis prize for the best book in the Social Sciences in Canada, that I began to reflect on the benefits of the long journey, the many rewrites, the reconsideration, and the additional research that took place in those years. Then I noticed a couple of M.A. theses that I was an examiner of, which took three to five years, were remarkable pieces of scholarship, many times more valuable than the one and most two year MA theses, and I have begun to see other fruits of slow scholarship.

In a scholarly world where citation indices which count how many times an article is cited, not whether it is cited as a good or bad example, the thoughtful, reflective, write a book only a few times in a long career scholar, has lost prestige and, because pay is often linked to frequency of publication, money. Slow scholarship is a celebration of those authors who create a small but mighty legacy.

The first decade of the 21st century, the so-called ‘naughties’, has brought profound changes to the technological foundations of the media landscape. The key buzzwords are networks, the Internet and social media. In the second decade, people will not search for new technologies allowing for even easier, faster and low-priced content production. Rather, appropriate reactions to this media revolution are to be developed and integrated politically, culturally and socially. The concept “Slow”, as in “Slow Food” and not as in “Slow Down”, is a key for this. Like “Slow Food”, Slow Media are not about fast consumption but about choosing the ingredients mindfully and preparing them in a concentrated manner. Slow Media are welcoming and hospitable. They like to share.

1. Slow Media are a contribution to sustainability. Sustainability relates to the raw materials, processes and working conditions, which are the basis for media production. Exploitation and low-wage sectors as well as the unconditional commercialization of user data will not result in sustainable media. At the same time, the term refers to the sustainable consumption of Slow Media.

2. Slow media promote Monotasking. Slow Media cannot be consumed casually, but provoke the full concentration of their users. As with the production of a good meal, which demands the full attention of all senses by the cook and his guests, Slow Media can only be consumed with pleasure in focused alertness.

3. Slow Media aim at perfection. Slow Media do not necessarily represent new developments on the market. More important is the continuous improvement of reliable user interfaces that are robust, accessible and perfectly tailored to the media usage habits of the people.

4. Slow Media make quality palpable. Slow Media measure themselves in production, appearance and content against high standards of quality and stand out from their fast-paced and short-lived counterparts – by some premium interface or by an aesthetically inspiring design.

5. Slow Media advance Prosumers, i.e. people who actively define what and how they want to consume and produce. In Slow Media, the active Prosumer, inspired by his media usage to develop new ideas and take action, replaces the passive consumer. This may be shown by marginals in a book or animated discussion about a record with friends. Slow Media inspire, continuously affect the users’ thoughts and actions and are still perceptible years later.

6. Slow Media are discursive and dialogic. They long for a counterpart with whom they may come in contact. The choice of the target media is secondary. In Slow Media, listening is as important as speaking. Hence ‘Slow’ means to be mindful and approachable and to be able to regard and to question one’s own position from a different angle.

7. Slow Media are Social Media. Vibrant communities or tribes constitute around Slow Media. This, for instance, may be a living author exchanging thoughts with his readers or a community interpreting a late musician’s work. Thus Slow Media propagate diversity and respect cultural and distinctive local features.

9. Slow Media are distributed via recommendations not advertising: the success of Slow Media is not based on an overwhelming advertising pressure on all channels but on recommendation from friends, colleagues or family. A book given as a present five times to best friends is a good example.

10. Slow Media are timeless: Slow Media are long-lived and appear fresh even after years or decades. They do not lose their quality over time but at best get some patina that can even enhance their value.

11. Slow Media are auratic: Slow Media emanate a special aura. They generate a feeling that the particular medium belongs to just that moment of the user’s life. Despite the fact that they are produced industrially or are partially based on industrial means of production, they are suggestive of being unique and point beyond themselves.

12. Slow Media are progressive not reactionary: Slow Media rely on their technological achievements and the network society’s way of life. It is because of the acceleration of multiple areas of life, that islands of deliberate slowness are made possible and essential for survival. Slow Media are not a contradiction to the speed and simultaneousness of Twitter, Blogs or Social Networks but are an attitude and a way of making use of them.

13. Slow Media focus on quality both in production and in reception of media content: Craftsmanship in cultural studies such as source criticism, classification and evaluation of sources of information are gaining importance with the increasing availability of information.

14. Slow Media ask for confidence and take their time to be credible. Behind Slow Media are real people. And you can feel that.

- The Harried Leisure Class
- In Praise of Idleness

---- In Solidarity with Quebec's Student Movement ---- 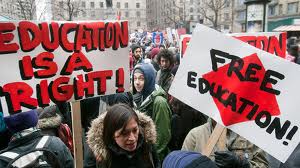 To respond “at the right times with reference to the right objects, toward the right people, with the right aim, and in the right way, is what is appropriate and best, and this is characteristic of excellence.”
Aristotle (EN, 1106b21-3)

There is more to life than increasing its speed. Gandhi 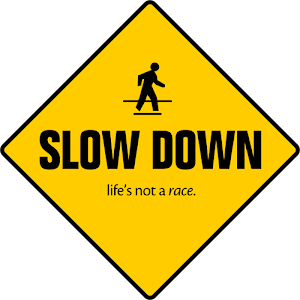 - In Praise of Slowness
- The Slow University?
A virtue is a trait of character that is to be admired: one rendering its possessor better, either morally, or intellectually, or in the conduct of specific affairs.
The Green Belief : a radical change in the way we engage with nature is imperative. 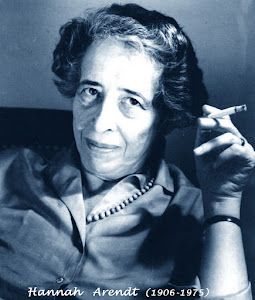